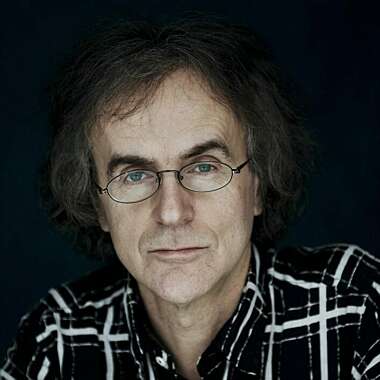 Sommerro was born in Surnadal in the west of Norway, and won his way into the hearts of many with his song Vårsøg in 1977. Sommerro has become an institution in the music life of Norway.

Henning Sommerro studied piano, organ and composition in Norway, Holland and Switzerland. Throughout the 1980s he worked as an arranger for other composers and wrote a large amount of music for the theatre. During the last decades he reduced these activities in order to give time to his own projects.

He has been associated with NRK (the Norwegian Broadcasting Corporation), the theatre companies Teatret Vårt and Trøndelag Teater, and has been artistic director for the opening ceremony of the Paralympic Winter Games at Lillehammer in 1994.

Since 1990 he has been working at the Department of Music of the Norwegian university of science and technology in Trondheim (NTNU) where he is a professor in counterpoint, organ-improvisation and composition.

Sommerro´s compositions transcend the borders of style and range from simple songs to chamber music, choral music, works for orchestra, a huge amount of works for film and stage, and three operas. He has appeared with such diverse performers as the percussionist Evelyn Glennie, and Chœur Gregorienne de Paris. Sommerro has constantly sought to develop his skills in both classical and popular music, and does not really consider these styles of music to be very different in essence. He is also focusing on folk music and improvisation.

In recent years he has received commissions from the USA, France, Scotland, Russia, Slovakia, Sweden and Denmark

As a performer Sommerro has toured many countries in Europe, Russia and the USA.

He has as received numerous prizes. In 2013. Sommerro received the Royal Norwegian order; Commanders of the Order of St. Olaf, ‘in recognition of services to his country and people’, one of the highest distinctions in Norway.