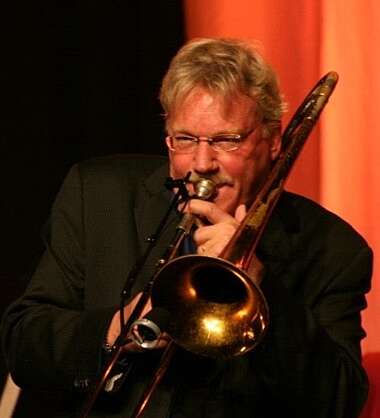 Jens Wendelboe has been Donna Summer's regular music director for many years.

An internationally recognized and award-winning composer, orchestrator, conductor and trombonist of jazz and symphonic music alike, Jens lived in Europe for most of his life and the high regard which he enjoyed there is now taking root in the US. He has 15 personal CDs to his credits as well as numerous theater and television productions with various size ensembles

He has established a contemporary Big Band, The Big Crazy Energy New York Band as well as The Crazy Energy Orchestra, which has played for commercial television and industrial productions worldwide for the past two decades. His Big Crazy Energy Band has been featured at the Molde International Jazz festival as well as other famous jazz venues Mr. Wendelboe has performed, conducted and recorded with such artists as: Aretha Franklin, Shakira, Al Jarreau, Jeff Lorber, David Foster, Jimmy Webb, Roger Nichols, Barry Mann, Cynthia Weil, Bruce Roberts, Bette Midler and more.

“Pagina”, “The Opposite of One”, plus prize winning “Modus Vivendi”, “H2O” and “Winterlandscape”.

Composed, orchestrated, conducted and performed both in concerts and on the CD recording of “LOGOS”. This is a one-hour piece of music composed for Gospel choir,symphony orchestra, rhythm section, horn section, four solo singers and a reader, based on the gospel of Johannes.

Composed a concert for three Marimbas. “Reflection Of Style”.