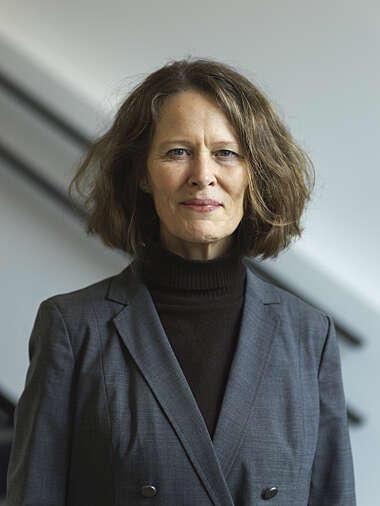 Kristin Norderval is a performer, composer and improviser whose career has been two-fold; split between vocal performance and composition. Her performance repertoire spans the renaissance to the avant-garde, and her credits as a soprano soloist include performances with the Oslo Sinfonietta, Philip Glass Ensemble, Pomerium, the Netherlands Dance Theater, and the San Francisco Symphony. She has improvised in a wide range of styles – from free improvisations with Pauline Oliveros to jazz improvisations with composer-vibraphonist Kevin Norton – and has recorded vocal works by numerous prominent American composers, among them Eve Beglarian, David Lang, Tania Leon and Annea Lockwood. Five chamber operas have been composed specifically for Norderval, including Pope Joan, a dance-opera by Anne LeBaron, recorded on New World Records, and She Lost Her Voice That’s How We Knew – a one-woman electro-acoustic opera by Frances White.

As a composer, Norderval focuses primarily on exploring the nuances of the human voice. Combining her operatic lineage with electronic experimentation, Norderval places special emphasis on small-scale opera, cross-disciplinary work, and compositions utilizing interactive technology. A two-time recipient of the Norwegian Artist’s Stipend, and a 2005 recipient of the Henry Cowell Award from the American Music Center, Norderval has also received support from the Jerome Foundation, Meet the Composer, Harvestworks, and Rensselaer Polytechnic Institute. Commissions include works for Den Anden Opera in Copenhagen, the Bucharest International Dance Festival in Romania, jill sigman/thinkdance in New York City, and the viol consort Parthenia. Her compositions are featured on Deep Listening, Koch International, and Everglade Records. Her latest CD – Aural Histories (post-ambient arias for voice and electronics) – made The New Yorker’s list of “Ten Notable Classical Music Recordings of 2012”.

Kristin Norderval holds a Doctor of Musical Arts from Manhattan School of Music, a Master of Music from the San Francisco Conservatory of Music, and a Bachelor of Music from the University of Washington. She was a Visiting Scholar at New York University’s Tisch School of the Arts in the Performance Studies Department in 2003/04, and was a Research Fellow at the University of Østfold in Halden, Norway, from 2006 – 2008. Norderval was a co-founder and vocalist/laptop performer in the electro-acoustic chamber music duo ZANANA, a vocalist in Pauline Oliveros’ free improvisation quintet The New Circle Five, and is currently a member of the New York based new music group Ensemble Pi.