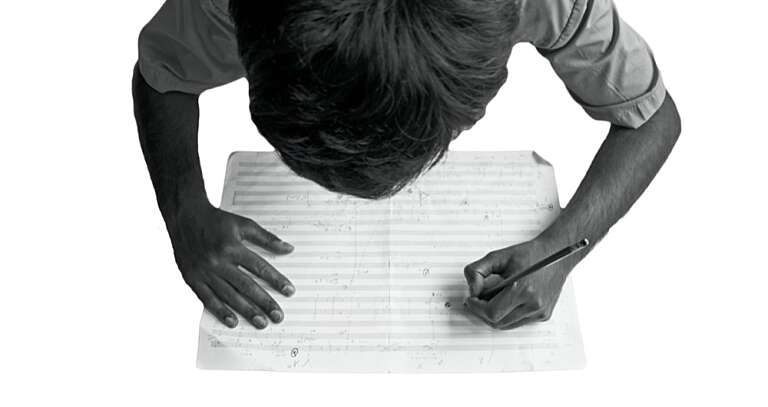 Hans Blok (born as Sampath Chandrakumara in 1990, Colombo) was adopted from Sri Lanka and raised by his Dutch parents in Kapelle, the Netherlands. He studied trumpet, composition, conducting and pedagogy at the conservatory in Rotterdam, with side-subjects in baroque trumpet, horn, trombone, euphonium, improvisation and music theory. He moved to Trondheim, Norway in 2015 and will finish his master degree in composition with Ståle Kleiberg in 2017.

Hans his compositions have been played by various ensembles and orchestras like the Asko|Schoenberg, TrondheimSymphonyOrchestra, NederlandsBlazersEnsemble and the AKOM ensemble. As composer he won several awards and received positive reviews on many of his pieces.

While often composing and performing contemporary music, Hans has great interest in early music as well. He studied natural trumpet with Susan Williams and Hans Petter Stangnes and played in various baroque ensembles.

Aside performing, Hans teaches all brass instruments, improvisation, composition and music theory. He has given workshops in a.o. the Netherlands, Latvia, Norway, Turkey, Morocco, Sri Lanka, Jordan, Thailand and Ecuador. As teacher and conductor he has often been described as an inspiring and reassuring coach.

Hans is the founder of The Heritage Project, which stimulates children to create music and theater shows based on their cultural and environmental heritage. Hans is also the author of the brass method “BrassClass” which is written for all brass instruments.

Beside including human right issues in his projects he also highlights the environment to raise awareness about the importance of preserving, conserving and protecting.