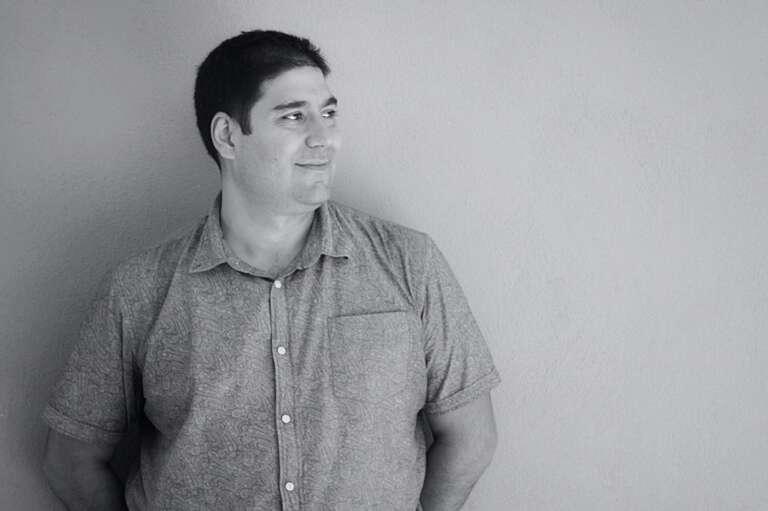 The music of Idin Samimi Mofakham (*1982) is deeply based on the traditional and regional music of his home country, Iran. Since 2015, He develops his own musical language based on the medieval Persian tuning systems, just intonation and Psychoacoustics.

He had the honor to be invited as the Composer in Residence on different Festivals worldwide, such as 4020 Linz & IMPULS (Austria), Convergence (Georgia), LUCA – campus Lemmensinstituut (Belgium), Ostrava Days & NODO – New Opera Days Ostrava (Czech Republic), MATA and Christian Wollf’s Birthday festival (USA), MUSICACOUSTICA-BEIJING (China), International Festival of Symphonic Music in Tashkent (Uzbekistan) and many others.

Besides being the invited lecturer at the various institutes and universities in Iran, Idin also been invited as the guest lecturer at the Central Conservatory of Music Beijing in China, Hochschule für Musik Carl Maria von Weber in Germany, electronic music studio at the Academy of Music in Krakow, The Royal College of Music Stockholm in Sweden or Universität für Musik und darstellende Kunst Graz in Austria.

Since 2019, Idin holds a PhD in Artistic Research position at the Norwegian Academy of Music in Oslo (Norway), pursuing his research on Persian medieval tuning systems and its creative usage in contemporary composition.